Before there was Viking, there was Tracer. Fresh from the Hags, Ronny Devious (aka Ron Daniel Eriksen) took Matt Jordan from the Iron Maiden tribute band Barrier and James LeReau from punk group Lethal Gene and assembled a group whose influences came from Black Metal, Speed Metal, NWOBHM, and the Southern California punk scene. Singer Tony Spider (aka Tony Vargas from the band LSN) lent his screaming abilities to this three-song demo, which was recorded in 1985. Originally released only on cassette, now on CD.

2 – Militia of Death (Music & Lyrics: Devious) Viking’s version of this song later appeared on the “Do or Die” LP

* Once you hear this demo, you will immediately realize the HUGE effect that introducing Brett Eriksen into the mix of Ron, Matt, and James had. We’re all frankly embarrassed by this demo, but it’s part of our history so we’ve made it available. We’re pretty sure no one will be calling for a Tracer reunion anytime soon!

There are no reviews yet. 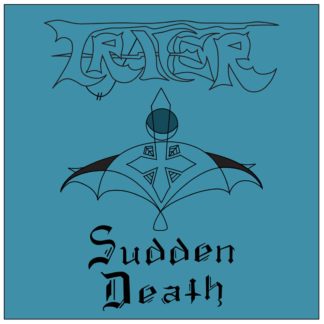